In Memory of Dr. Fred Burnett 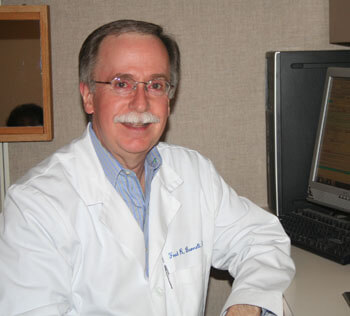 Dr. Fred Burnett came to Jackson, Tennessee, in 1983. A native of Wenatchee, Washington, Dr. Fred graduated from Duke University with an A.B. in Chemistry in 1971. He then received his Masters in Rehabilitation Counseling from the University of Florida in 1972. He worked as a counselor for Vocational Rehabilitation and then Lucerne General Hospital in their spinal cord injury unit. It was at Vocational Rehabilitation where he met and married Dr. Charlene in 1974. In 1976 they moved to Memphis, Tennessee, where Dr. Fred attended Southern College of Optometry. Dr. Fred graduated with his Doctor of Optometry in 1980 from SCO as class valedictorian, receiving the Beta Sigma Kappa Silver Medal, the highest honor. He taught dermatology, second-year optometry and supervised third and fourth-year students in the general, pathology, and electrodiagnostic/low vision clinics at SCO until March of 1983. While a teaching associate at SCO, Dr. Fred was the faculty sponsor for the Student Government Association and the Tennessee Club. In 1983 Dr. Fred and Dr. Charlene purchased their current practice in Jackson from the Optometry Group.